With Christmas right around the corner, I turned to the Cupán Fae Facebook group to ask for recommendations of books to read to get in the mood for the upcoming holiday. With a couple to throw in myself, here are six Christmas reads! 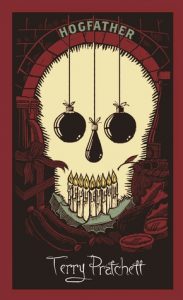 IT’S THE NIGHT BEFORE HOGSWATCH AND IT’S TOO QUIET.

Where is the big jolly fat man? Why is Death creeping down chimneys and trying to say Ho Ho Ho? The darkest night of the year is getting a lot darker…

Susan the gothic governess has got to sort it out by morning, otherwise there won’t be a morning. Ever again…

The 20th Discworld novel is a festive feast of darkness and Death (but with jolly robins and tinsel too).

As they say: You’d better watch out… “I’ve left some clues for you.
If you want them, turn the page.
If you don’t, put the book back on the shelf, please.” 16-year-old Lily has left a red notebook full of challenges on her favorite bookstore shelf, waiting for just the right guy to come along and accept its dares. Dash, in a bad mood during the holidays, happens to be the first guy to pick up the notebook and rise to its challenges. What follows is a whirlwind romance as Dash and Lily trade dares, dreams, and desires in the notebook they pass back and forth at locations all across New York City. But can their in-person selves possibly connect as well as their notebook versions, or will their scavenger hunt end in a comic mismatch of disastrous proportions? Co-written by Rachel Cohn (GINGERBREAD) and David Levithan, co-author of WILL GRAYSON, WILL GRAYSON with John Green (THE FAULT IN OUR STARS), DASH & LILY’S BOOK OF DARES is a love story that will have readers scouring bookstore shelves, looking and longing for a love (and a red notebook) of their own.

3. The Night of Wishes: Or, the Satanarchaeolidealcohellish Notion Potion, by Michael Ende 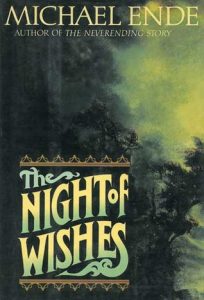 Told partly in rhyme, this account of the adventures of sorcerer Beelzebub Preposteror introduces a host of unusual and compelling characters. By the author of The Neverending Story.

4. I am Scrooge: A Zombie Story for Christmas, by Adam Roberts 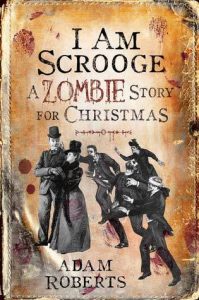 The legendary Ebenezeer Scrooge sits in his house counting money. The boards that he has nailed up over the doors and the windows shudder and shake under the blows from the endless zombie hordes that crowd the streets hungering for his flesh and his miserly braaaaiiiiiinns!

Just how did the happiest day of the year slip into a welter of blood, innards and shambling, ravenous undead on the snowy streets of old London town?

Will the ghosts of Christmas Past, Present and Future be able to stop the world from drowning under a top-hatted and crinolined zombie horde?

Was Tiny Tim’s illness something infinitely more sinister than mere rickets and consumption? Can Scrooge be persuaded to go back to his evil ways, travel back to Christmas past and destroy the brain stem of the tiny, irritatingly cheery Patient Zero?

It’s the Dickensian Zombie Apocalypse – God Bless us, one and all!

An ill-timed storm on Christmas Eve buries the residents of Gracetown under multiple feet of snow and causes quite a bit of chaos. One brave soul ventures out into the storm from her stranded train and sets off a chain of events that will change quite a few lives. Over the next three days one girl takes a risky shortcut with an adorable stranger, three friends set out to win a race to the Waffle House (and the hash brown spoils), and the fate of a teacup pig falls into the hands of a lovesick barista.

A trio of today’s bestselling authors – John Green, Maureen Johnson, and Lauren Myracle – bring all the magic of the holidays to life in three hilarious and charming interconnected tales of love, romance, and kisses that will steal your breath away. 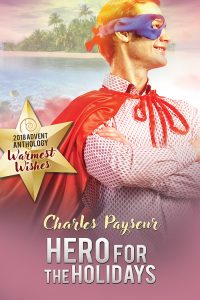 Dreamspinner’s annual advent calendar is a chance for readers of gay romance fiction to explore different genres published by the company, all relating to Christmas, one published every day. Chosen for this post, Hero for the Holidays, a Spandex and Superheroes story.